The members of our club were invited to take part in a Kagami Biraki celebration at The Mid Sussex Martial Arts School, run by Kyoshi Roger Payne.  I was very happy to accept their invitation as their events are always excellent.  Sensei Roger and the other instructors that are invited to teach at The Mid Sussex Martial Arts School all have vast amounts of knowledge in their discipline and so it is always a great opportunity for my students and I to learn something new.

Regardless of whether a technique, custom or philosophy is being taught the instructions are always clear and sincere.  Sensei Roger is always keen to help and is straightforward in his approach, which I really appreciate.

Kagami Biraki Is a Japanese traditional ceremony that literally translates to ‘Opening the Mirror’ or ‘Breaking of the Mochi’.  It traditionally falls on the 11th of January (odd numbers are associated with good luck in Japan) and refers to the opening of a Kagami mochi, or to the opening of a cask of Sake at a party or ceremony.  The 4th Tokugawa Shogun was the first one to hold this ceremony 300 years ago as before going to war he gathered his Daimyo in his Castle to break open a sake cask, as the battle was successful, from there on a new ceremony was born.  The ceremony nowadays is also performed at weddings, sporting events, opening days at new companies, plus other significant events worthy of being celebrated. 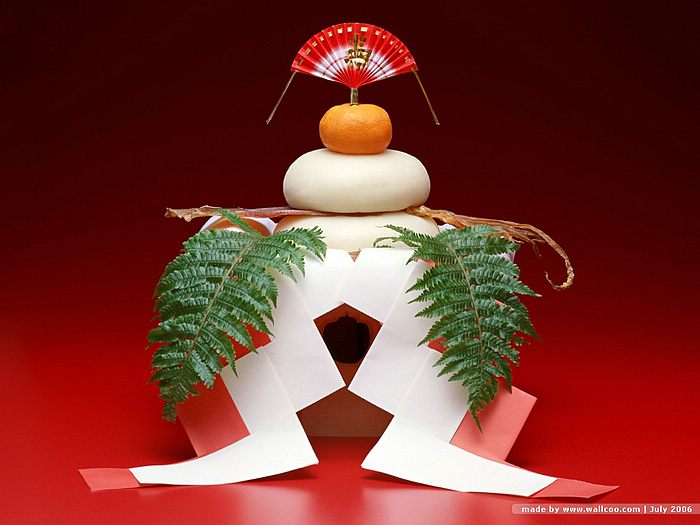 Unfortunately I was the only person able to represent Shin Ai Do Karate at the event this year.  However, I was joined by a good friend from another style of Karate.  When we arrived we were welcomed by Kyoshi Roger who briefed us on his dojo’s etiquette, explained to us the Kagami Biraki tradition and showed us their mochi.  After catching up with friends the whole group took part in a warm up and games.  Following on from this was the main part of the event where Sensei Roger explained the arts being taught at The Mid Sussex Martial Arts School.  Whilst his students demonstrated Judo, Aikido and Iaido Sensei Roger guided the parents of his younger students through the moves, philosophy and discipline of the arts, providing a clear justification of why they do what they do.

As a guest at the event I was asked to demonstrate Shin Ai Do Karate.  It was a great honour for me.  I performed Tensho kata and explained our interpretation of the movements with the help of my fellow Karateka, Chi.

At the end of the training session all of the participants took part in cleaning the dojo, regardless of grade.  Black belts alongside white belts were working together shoulder-to-shoulder to keep the dojo tidy.

The Kagami Biraki finished traditionally with Sushi, Sake and Mizo soup.  Parents, teachers and students had a chance to socialise, ask questions and get more knowledge about the traditional martial arts.

I am very happy that I was able to take part in this event.  If you get the opportunity I would highly recommend taking part in a traditional Kagami Biraki!  Many thanks to Sensei Roger and all of those that attended the Kagami Biraki for making us feel welcome and for sharing your knowledge with us.

This site uses Akismet to reduce spam. Learn how your comment data is processed.